Ridding Your Home of Insects

Bats are not very large. Some might even describe them as cute with their furry heads and little ears. But even if you find bats cute and not terribly bothersome, you really do want to have them removed if you find them in your garage, house, or in another structure on your land. Here's why.

Rabies is a deadly viral disease. If you are infected and start showing symptoms, there is no hope of recovery. Unfortunately, many different mammals can carry rabies, and bats are one of them. According to the CDC, bats are the leading cause of human rabies deaths in the U.S. To make matters worse, you may not always know if you've been bitten by a bat. The bite marks they leave are much smaller than those made by raccoons and other potential rabies carriers. People have been bitten in their sleep and not realized it until it was too late.

Rabid bats present a risk to any mammalian pets you may have, such as dogs and cats, too. It's best to have the bats removed from your property by a qualified wildlife removal team. This way, you don't have to keep worrying about the threat of rabies (Wildlife pros are typically vaccinated for rabies, so they don't have to be as worried).

Bat guano can cause respiratory diseases

Bat feces are known as guano, and bats make a lot of guano. Like most feces, bat guano is not sanitary. And in fact, it contains a lot of harmful viruses and bacteria. Some of these viruses can cause respiratory illnesses, such as histoplasmosis. The longer bats are around, the more guano will accumulate on your property. It will eventually be impossible to go into the garage, shed, or other structure where they live without being exposed to pathogens. If you have the bats removed, you can get the mess cleaned up before anyone gets sick.

Bats are food for other animals you don't want on your land, such as hawks and snakes. If you have a thriving bat population on your property, it may not be long before a hawk dive-bombs your cat or other pets. And stepping on snakes in your own yard isn't fun, either. Get rid of the bats, and you'll keep the predators away, too.

If you have bats on your land, don't hesitate to contact bat removal services. They might be cute, but they're also risky. 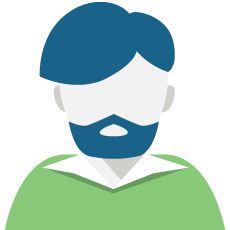 Every year, I longingly anticipate the arrival of spring. I enjoy going outside to water my flowers, take a walk, and listen to the birds singing. However, I don’t like getting bitten by pesky insects while venturing outside my home. I especially detest when insects start coming into my home during the warmer months of spring. Thankfully, I do have options for getting rid of these insects. I can contact my trusted pest control specialist to take care of this undesirable situation for me. If you’re dealing with an onslaught of insects in your home this spring, don’t despair. Help is only a phone call away. On this blog, you will discover the benefits of hiring a pest control specialist to get rid of the unwanted insects in your home.